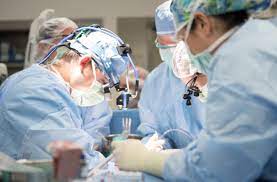 With the implementation of this act, a lot of companies had to change their prices for pharma medicines as the order clearly mentions the price rate for the pharma products and pharma drugs. As we all know pharma medicines are required by everyone at some stage in our lives and so they should be available at a reasonable price. Continue reading to know more about the DPCO Act.

When did Drug Price Control Act come into effect?

The Drug Price Control Act was first launched in 1966 and later it was implemented in 1970. The whole concept of this act was to provide the pharma medicines at a price that can be managed by everyone. Everyone has a right to take care of their health and with this act implemented it was made sure that no one can sell the basic necessity that is the pharma medicines at a price that no one can afford. With the implementation of this act, many pharma owners and manufacturers had to change their pharma medicine prices and had to keep the prices set up by the government itself.

The implementation mainly brought relief to the customers and people who were unable to afford these pharma products or pharma medicines. Our government took many steps to improve the condition of the pharmaceutical industry and stop pharma company owners from selling products that were quite expensive. According to World Health Organization, pharma plays a great role in the economy of the whole world. 15 to 30% of the world’s economy depends on the pharmaceutical industry. Previously the prices of the drugs were fixed before the manufacturing of the pharma products. However, now the prices are fixed and everyone has to follow the order. So, with the help of this act, it became mandatory to follow the instructions and not to sell the drugs at an overprice.

Aim of the DPCO Act

The main aim of this act was to bring justification to all the people in society. Look at the points mentioned below and what was the main objective of the Drug Price Control Order Act:

How did DPCO Act affect the pharma industry?

DPCO act did not really affect the pharma industry as it was very clear and every pharma company had to follow the act issued. This act had made every pharma company in India make sure that the pharma medicines were available at an affordable price. The government of India had the power to fix the maximum sale price of these pharma drugs. Without the government, it was not allowed to sell these products at any price.

Also, many pharma owners did not follow the following Act and so they were fined accordingly. The penalty was sometime in lacs and no one could run away from paying the fine. So, yes it did in some way affect the pharma industry. Overall, it was a boon for society and came as a savior for many people.

The conclusion of this act is basically leaving it to the benefit of society. Many working classes were saved from spending too much on medical health facilities. Drug Price Control Order act was definitely a plus point for people who were not able to afford the health facilities and were charged more than fixed for the medical devices and pharma products. So, here you have all the information regarding this act. We hope this blog was of use to you.